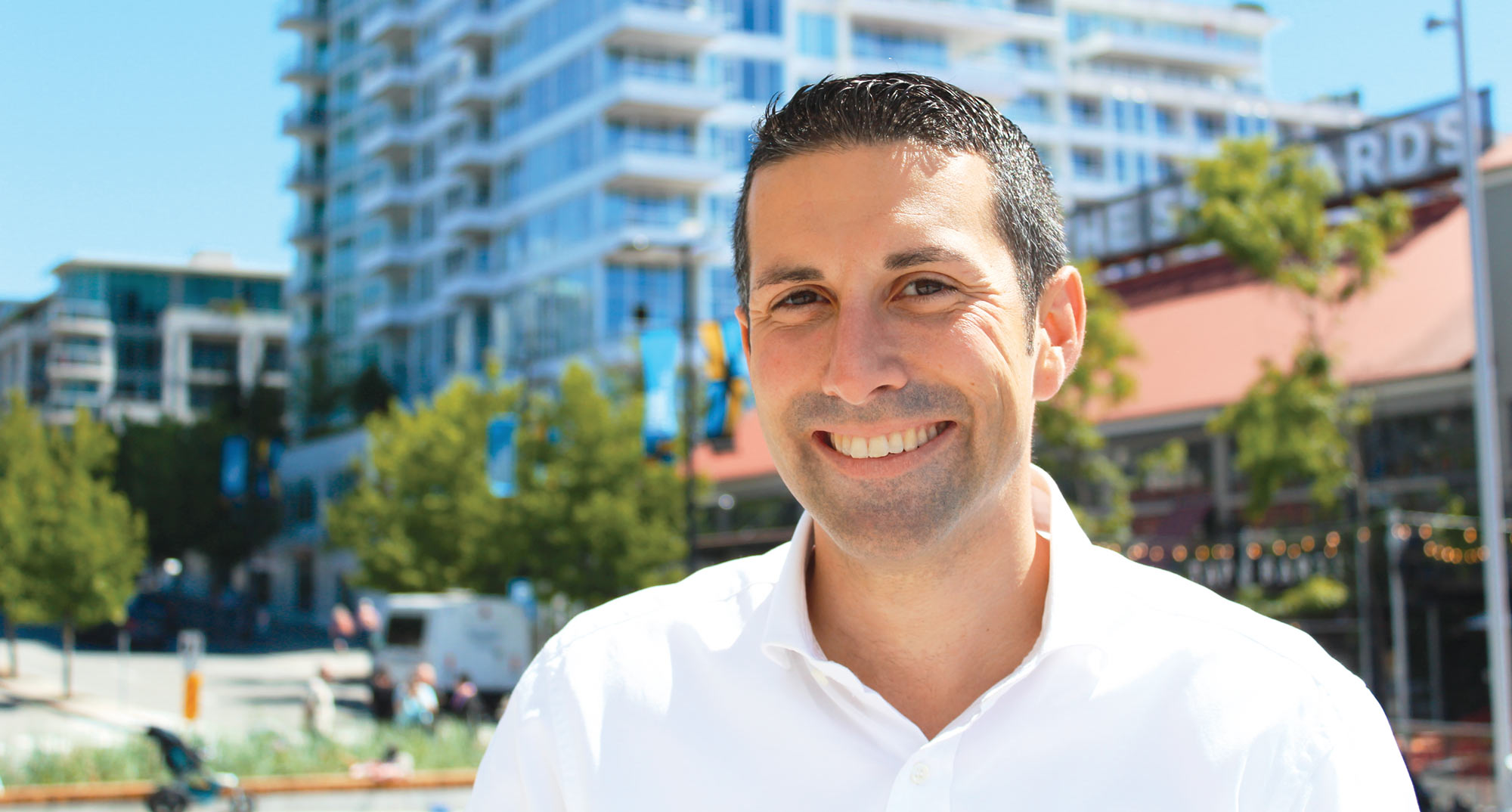 Tony Valente brings a unique combination of skills, experience and passion to his role as Councillor in the City of North Vancouver. He is a seasoned project and risk management leader, urban thinker, and community volunteer.

On his return to B.C., Tony completed his MBA in strategic management and accounting from UBC’s Sauder School of Business. Through his work on large infrastructure projects for over a decade, Tony has moved into increasingly responsible roles and now works full-time as a director of risk management for a BC Crown Corporation.

The group organized Project Waterfront: North Van Design Jam to stimulate discussion and engagement with citizens on the future development of Lot 5 – now the Shipyards on the lower Lonsdale waterfront.  Tony was also part of the branding committee resulting in Lot 5 becoming “The Shipyards.”

Tony and his wife, Elena (and cat Oliver) live in Lower Lonsdale, and when not devoting most of their time to work and volunteering, they enjoy travelling to look for ideas for how to make our city even better.